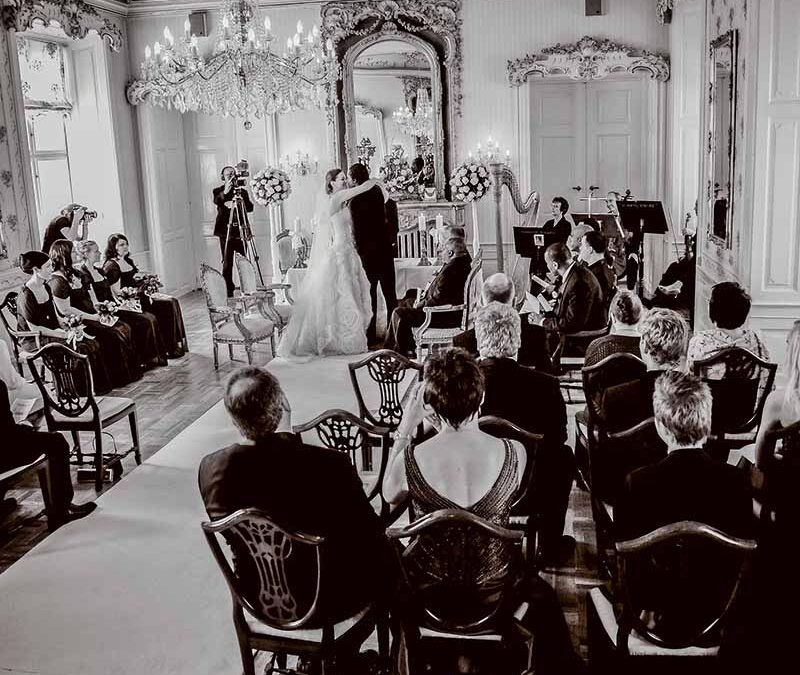 The bridal shower occurs from two months to two weeks before the wedding.

One rule is that immediate family members (mothers, sisters, mothers-in-law) should not give showers because it appears that the family is soliciting gifts.

One of the bride’s responsibilities, as far as her shower goes, is to provide the hostess with a guest list and to make sure that she hasn’t created a financial burden on someone by inviting them to more than one or two showers. She should also send a written note of thanks to her guests for any presents received, as well as to the hostess(es) for their hospitality.

Shower themes can be fun and useful. Unique shower ideas are: A “round the clock” shower, where guests are assigned an hour of day on their invitations and bring the appropriate gifts (for example, at 7 a.m. a guest might bring a toaster); a home repair shower for the bride and groom; a lingerie shower; a recipe shower, where each guest receives a recipe card and fills in a favorite dish, a “wishing well” shower, where in addition to the gift, the guest brings a tiny present (a wooden spoon, a kitchen sponge, etc.). For a “wishing well shower” the hostess makes a cardboard replica of a well, and the gifts, wrapped and tied with ribbons, are tossed in. There are no cards attached, though sometimes the guests write a poem, and attach it to their gifts. The bride pulls out the gifts with the ribbons and reads the poems aloud.